300,000 Truckers Will Be Jobless If Hair Tests Are Mandatory

A University of Central Arkansas (UCA) study has shown staggering results. If the FMSCA makes hair follicle tests mandatory, about 300,000 truckers will lose their job.

The study was funded by the Trucking Alliance and was conducted by Professors Joe Cangelosi and Doug Voss, both from the UCA.

Besides being a professor of logistics and supply chain management, Voss is a member of the ATA’s (Arkansas Trucking Association) board of directors. Cangelosi is a marketing professor. The Trucking Alliance paid for the research, which was released on 33 pages.

In the study’s abstract, the following statement can be seen:

“Virtually everything we own was transported by truck at some point. Around 3.5 million truck drivers haul almost 71% of U.S. freight. To ensure the safety of our roadways, the U.S. government requires all drivers to pass urinalysis drug screens. However, urinalysis drug screens are easily thwarted and some trucking companies use hair drug screens, a more stringent test. This research examines trucking industry data and finds about 300,000 truck drivers would be removed from their positions if forced to pass a hair drug test.“

The research started about a year ago. After its release, Voss stated that he couldn’t understand how “someone would get out on the road in an 80,000-pound truck and be high on some sort of illicit substance.” The research concluded that something as simple as changing the testing method could lead to a drastic change in results. “To find out that there are nearly 300,000 truck drivers on the road that should not be on the road if we just used a different test is really surprising and a little scary,” Voss concludes.

Double-Cost for Carries Doing Both Tests

Current DOT drug test regulation requires passing a urine drug test before getting behind the wheel. However, these tests can easily be manipulated, as is pointed out by the research. To battle this, larger carriers have adopted hair follicle drug tests on top of mandatory urine tests. Schneider, Knight-Swift, J.B. Hunt Transport, Werner Enterprises, and Maveric all use hair follicle tests.

Last year, The Trucking Alliance conducted research comparing the results from 151,662 paired (urine & hair) drug tests from 15 different trucking companies. The results concluded that 0.6% of the applicants failed the urine test (or 949 people) compared to 8.5%, failing the hair follicle test or refusing to be tested (or 12,824 people).

The most prevalent illicit substance was cocaine, followed by marijuana and opioids.

Taking the results from the above study, if the same percentage of hair follicle tests fails are applied to the current 3.5 million truck driver U.S. population, nearly 300,000 will fail it.

When asked what the industry should do if 300,000 drivers were suddenly marked as unfit for the position, Voss said that the answer is to hire better people. “The trucking industry has a moral obligation to be as safe as it can possibly be. This is a step that they can take to do things better. I think the vast majority of the trucking industry agrees with that statement. They’re fantastic companies, and they want to do things the right way,” he added.

However, should the hair follicle tests become mandatory tomorrow, the truck driver shortage will go through the roof. The industry is on its knees after the pandemic shutdown closed the DMV in 27 states. If the industry loses 300,000 drivers, the whole economy will collapse.

The Study Verified the Accuracy of the Paired Drug Tests

The UCA verified that the Trucking Alliance’s study was correct. Should the FMSCA make hair testing mandatory, about 300,000 drivers will be out of a job.

“No trucking industry safety manager wants to get the call that their driver has been involved in a reportable safety event. Hair testing is a powerful tool that can help prevent safety incidents or lessen potential liability when they occur. Managers should ask themselves, “How many of our drivers could be included in the 275,000 who would be unable to drive if forced to pass a more stringent drug test?” While this question presupposes that these 275,000, left on the road, would lead to a number of additional deaths, this is a first order impact that, while accurate, may not tell the whole story. There is also a 2nd order impact. The trucking industry has to replace these 275,000 drivers with more qualified, sober employees if it wishes to improve roadway safety. Additional research is needed to better understand the impact of taking these 275,000 drivers off the road and how the trucking industry can improve driver recruitment and retention” is the conclusion of the study.

Hair Testing Has Been in Motion Since 2015, DOT Still Slow to Act on It

In 2015, Congress authorized DOT to recognize hair testing as a valid drug testing method. The HHS (Department of Health and Human Services) was instructed to formulate hair testing guidelines. However, HHS has failed to do so for four years. 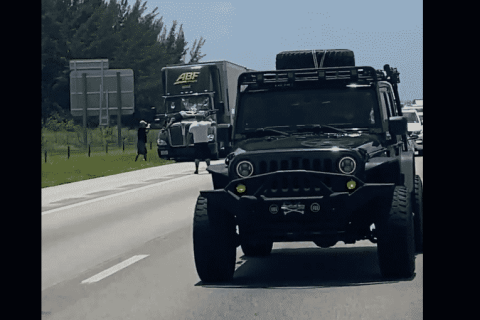 VIDEO: Florida Man Rides a Hood of a Truck for Nine Miles

COVID-19 Vaccine: Truckers Will Be In the Second Group for Vaccination

Click Quick Apply and We Will Find the Perfect CDL A Job Matching Your Skills.