Following a February 2020 warning issued by Illinois DOT about a theft ring that targets trucks at rest areas, there has been a new alert from Illinois State Police following an increase in cargo theft at two rest areas.

Official Illinois State Police Facebook post says that there has been an increase of cargo theft to CMVs along the southern Tri-State at the Lincoln Oasis and Hinsdale Oasis.

The State Police urges truckers not to leave their truck and trailers unattended for extended periods at these locations.

A specific warning is issued to truckers parking at any Oasis following an increase of cargo thefts to unsecured trailer doors.

There has been an increase of cargo thefts to Commercial Vehicles along the southern Tri-State at the Lincoln Oasis and Hinsdale Oasis. All vehicles and trailers should not be left unattended for extended periods while stopping at these locations, especially during the overnight hours.

Truck drivers need to be extra cautious when parking at any Oasis due to an increase of cargo thefts to unsecured trailers doors.

Driver should take these necessary precautions (especially during overnight hours):

✅Utilize padlocks and other safety measures to prevent easy access to trailers.

❌Do not leave trailers unattended for extended periods.

✅Do a visual check and walk around of your vehicle/trailer frequently.

✅Call 911 if you see any unusual activity or offloading.

The Illinois State Police is taking preventative measures to prevent, locate, and apprehend criminals at the Oasis facilities.

The Illinois State Police will also be upgrading lighting and security, including but not limited to, extra patrols.

However, the comments on the post show the growing concerns about the safety of truckers following recent lootings of trucks, as well as the fact that the majority of truckers will not drive in cities that will defund their police departments.

One commenter said, “Maybe if drivers could carry firearms in your state [Illinois], the thieves would think twice.” 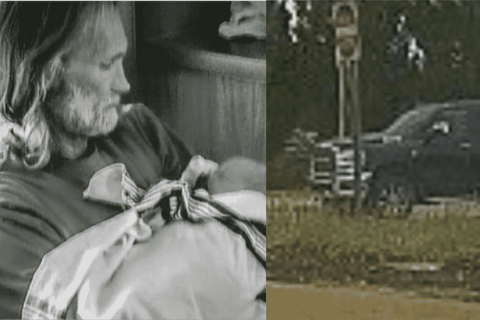