Truck driving is not as simple as someone who has not been behind the wheel might think. It takes dedication, sacrifice, and lots of roll outs and miles under the belt to be great at it.

Over the years, there have been many quotes and sayings about truck driving by both famous people and as an anecdotal part of the trucking society.

We’ve scoured all corners of the earth and found the most inspirational truck driver quotes and sayings. We’ve included a bonus surprise too, which you can find near the end of this post.

“I’m an actor… I do a job and I go home. Why are you interested in me? You don’t ask a truck driver about his job.”

“My mother always tells me that when I was a little kid, my first ambition was to be a truck driver, and after that, I went through everything from wanting to be a Prime Minister to an air hostess, but never an actor. So I became one, and it was a great journey. I learnt a lot, worked very hard.”

“From 1965 to 1974, I served the best possible apprenticeship for an actor. I learned firsthand how a truck driver lives, what a bartender does, how a salesman thinks. I had to make a life inside those jobs, not just pretend.”

“My dad was a truck driver. We all used to ride along with him. And the way he’d keep awake was to sing while he was going down the road. So we all joined in.”

“I don’t think there’s any real motivation for somebody to be a truck driver. Mine was simple; dad was a truck driver, I wanted to own one.”

“Just because you’re in the driver’s seat, doesn’t mean you have to run people over. “

“As a driver, you always want to be in the car getting as much experience as possible; especially when there’s something new like different tyres.”

“There is more credit and satisfaction in being a first-rate truck driver than a tenth-rate executive.”

“You gotta stop thinkin’ so negative son, we ain’t not never made it yet have we?”

Burt Reynolds as Bandit, “Smokey and the Bandit”

“I’ve been on every interstate highway in the lower forty-eight states by now, and I never get tired of the view.”

“If you don’t know where you are going, any road will get you there”

“I worked as a truck driver, carpenter’s assistant, doing whatever it took to keep bread on the table for the family.”

“Truck drivers are the only ones that know the best places to stop on the road.”

“Both men and women drive commercial trucks. About one in twenty truckers in the United States is a woman.”

“Truck driving means the stress of never knowing where you will be and what you will be doing the following day.”

“Life on the road can be one of two things. If you are flexible (able to adapt and change to new situations and events), truck driving means constant adventure.”

“The best truck drivers are patient, independent, determined, and hard working. They love adventure and like thinking quickly.”

“People don’t realize how many miles a truck drives a year on the road.”

“Every truck driver kind of gets a bond with his truck. They may say they don’t, but they do.”

“A truck driver always knows how far he is from home. No matter where he is at.”

“Truck driving is a lifestyle, not a job”

“Now, if there’s one thing truck drivers know how to do, it’s sitting around telling stories.”

“Driving a tractor-trailer is no joke! Unless you are willing to give it 100 percent, you will never be a good driver. Period.”

“A qualified truck driver must be able to follow company’s rules and procedures when planning fuel stops to and from destinations.”

“Each truck driver does his, or her, part in keeping food on our tables and shoes on our feet. They get very little respect from most people and have to deal with a countless number of obstacles along the way.”

“Truck driving is still a respectable living, although its pay is no longer attracting drivers.”

“Without trucks, you would be homeless, hungry, & naked.”

“Don’t judge truckers until you’ve driven a year in their truck.”

“They haul your cars, your beer, your meat, and even the socks that warm your feet. They haul loads of many things, even that shiny diamond ring. If you got it, a truck driver hauled it!”

“So you think that I just drive a truck?

“If you bought it, a trucker brought it.”

“Semi trucks and the drivers in them are like oxygen, you ain’t gonna survive without ‘em.”

“You ain’t got nothing without us trucking!”

“A trucker’s job is never done.”

“No one can make you feel inferior without your consent.”

Eleanor Roosevelt, This is My Story

Martin Luther King Jr., A Testament of Hope: The Essential Writings and Speeches

“Yesterday is history, tomorrow is a mystery, today is a gift of God, which is why we call it the present.”

“Do what you can, with what you have, where you are.”

“If the plan doesn’t work, change the plan, but never the goal.”

“You will succeed because most people are lazy.”

“Never give up on a dream just because of the time it will take to accomplish it. The time will pass anyway.”

“If we have the attitude that it’s going to be a great day it usually is.”

“The hard days are what make you stronger.”

“The best way to appreciate your job is to imagine yourself without one.”

“No matter how badass of a trucker you are, if a kid does the arm pump, you honk the air horn driver.”

“No parking? Time to play make-a-spot!”

“Truck drivers are not the kind of people you put on speakerphone.”

“My teacher was wrong. I do get paid to stare out the window all day.”

“My mom always told me, “You can’t change the past.” She was wrong. I just re-did last week’s logbook.” 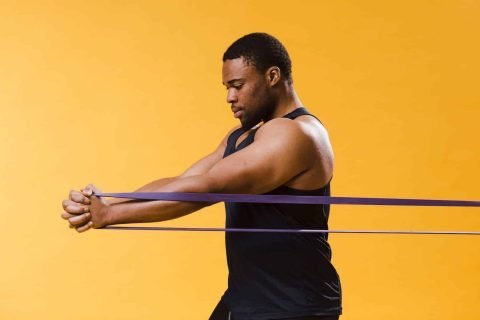 Should You Become a Woman Truck Driver?

Any cookies that may not be particularly necessary for the website to function and is used specifically to collect user personal data via analytics, ads, other embedded contents are termed as non-necessary cookies. It is mandatory to procure user consent prior to running these cookies on your website.