Federal charges were submitted against three Mexican nationals under the following premise, “suspected trafficking huge quantities of illicit drugs for the Sinaloa Cartel” on Tuesday. The Mexican nationals are being charged with the movement of drugs into Southern California from Mexico, as announced by U.S. Attorney for the Southern District of California Robert Brewer.

The three suspected drug traffickers are identified as Jose Yee Perez, Jesus Burgos Arias, and Juan Alatorre Venegas. They were arrested Friday, November 20, 2020, at a truck yard in Otay Mesa, California, in which they operated.

The arrest is a result of a long-term joint investigation by the Drug Enforcement Administration, Homeland Security Investigations, the San Diego Sheriff’s Department, San Diego Police Department, and the U.S. Attorney’s Office for the Southern District of California.

Official report states that $3.5 million in bulk U.S. currency, 685 kilograms of cocaine, 24 kilograms of fentanyl, and approximately 20,000 rounds of .50 caliber ammunition, and hundreds of body armor vests were seized in the arrest.

“This historic seizure and prosecution is a clear indication of the success of our joint investigative efforts,” said U.S. Attorney Robert Brewer. “To eradicate this threat to San Diego and our partners in the Republic of Mexico, we will continue to aggressively attack the Sinaloa Cartel’s drug smuggling, money laundering, and arms smuggling operations – depriving them of their illegal merchandise, their profits, and a safe haven.”

Brewer praised prosecutor Matthew J. Sutton and the federal and local agents and officers for their excellent work on this case, according to the official report.

Officers with U.S. Customs and Border Protection and Office of Field Operations (OFO) hit the facility, intercepting alleged methamphetamine worth $25,000,000 hidden within the contents of a tractor-trailer.

The bust took place after a CBP officer referred a suspicious tractor-trailer that was hauling a commercial shipment of corn husks for further inspection. During the secondary inspection, officers used all available tools and used a K9 unit, which led to the discovery of the alleged liquid methamphetamine.

The alleged drugs were concealed in the truck’s fuel tanks. After the substance was extracted, it yielded 1.255 pounds (569.22 kilograms) of the alleged methamphetamine.

“This was a great team effort that resulted in this discovery of hard narcotics in our cargo facility,” said Port Director Carlos Rodriguez, Port of Hidalgo/Pharr/Anzalduas. “Although an apparent daunting task, our frontline officers continue with their perseverance and commitment towards keeping dangerous drugs from crossing our borders,” was released in the official police report regarding the bust. 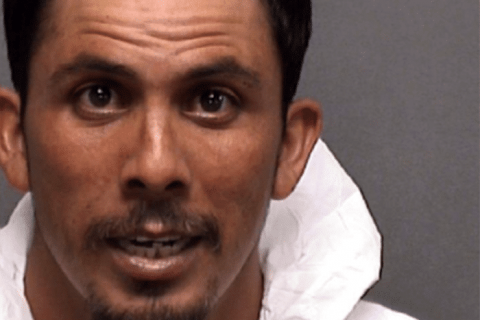