Speeding was the top violation observed in “Operation Safe Driver week”. of waning and citations were issued to drivers of both commercial trucks and passenger vehicles. “Operation Safe Driver Week” was conducted from 10 to 16 July in the USA, Canada, and Mexico. It is a leading annual event organized by the “Commercial Vehicle Safety Alliance”. In the event of the enforcement effort, the officer represents the data of a total of 8,586 citations and 7299 warnings issued due to speeding or violating the fundamental laws of driving. This total figure also includes 2,577 warnings and 1490 citations issued to professional drivers of commercial motor vehicles due to too fast driving conditions. There were 4722 warnings and 7096 citations given to drivers of the passengers’ automobiles.

Other top warnings and citations issued to drivers of commercial vehicles in the USA include:

According to the NHTSA (National Highway Traffic Safety Administration), speeding plays a significant role in traffic accidents especially those with casualties. It is also reported that almost 100,000 people were killed over the past decade in road accidents that are a result of speeding. In the year 2020, there were 11, 258 speeding-related accidents were reported as a cause of death in the USA. In addition to this, the “American Transportation Research Institute” recently published a report, “Predicating Truck Crash Involvement” which stated that when a certified professional driver of a commercial vehicle receives a speeding violation, it enhances his chances of being involved in the crash by 47%. According to the report, driving in a hurry or speeding was a major contributing factor in fatal crashes from 2020 to 2022. 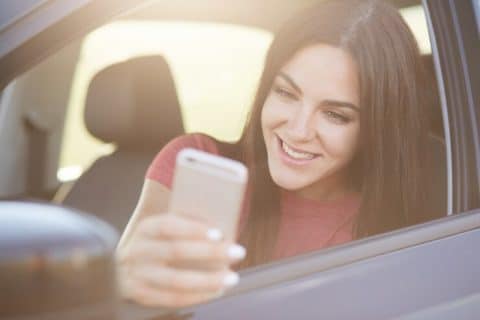 A woman driver is facing death charges for killing a trucker

Prime Settles with Drivers for $28m – the Start of Big Changes?